Wake Island is an unorganized and unincorporated territory of the United States. This small coral atoll in the Pacific Ocean is a restricted area, with only military personnel and scientists allowed on the island.

It is administered by the U.S. Air Force and is often used as a military refueling spot of aircrafts. There are no permanent residents on Wake Island. But, there are usually about 100 military personnel living on the island at any given time.

Every once in a while there is a day trip from Military Historical Tours that can visit the island. 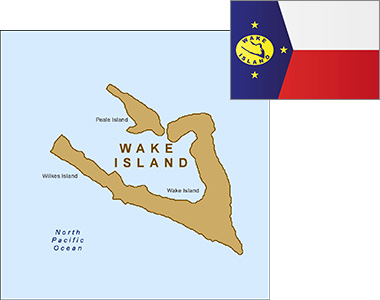