Due to its history of being the “melting pot” of the world, the United States is a large country that is rich in diverse cultures, lifestyles, and populations. Due to its size and varying geographical features, every region in the United States has its own unique culture and traditions. This can make travelling to the United States exciting, for you are likely to experience a variety of cultures while there.

The majority of the United States population, identify themselves as Christian, with about 70% of the population. Other common religions include Jewish, Muslim, and non-religious populations.

There is no official language of the United States, though the national language is English. Spanish is also a common language spoken.

The capital city of the United States is Washington D.C. with other major cities including Chicago, New York, and Los Angeles. 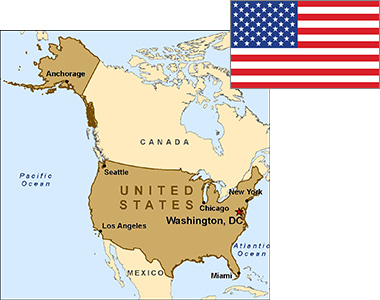