Tokelau is a dependent territory of New Zealand. It consists of three small coral atolls (islands): Atafu, Nukunou, and Fakaofo. Tokelauans are considered to be New Zealand citizens.

Tokelau’s population is quite small (just under 1,500 people). English and Tokelauan are the official languages with 95 percent of the population speaking Tokelauan.

New Zealand law only applies where it is being extended in a specific enactment. Villages are in charge of regulating their own laws.

There is no official capital city in Tokelau, but the largest city is Atafu. The islands are only accessible by boat from Samoa. You also need to plan on staying there for an extended period of time for the boat only comes every two weeks. 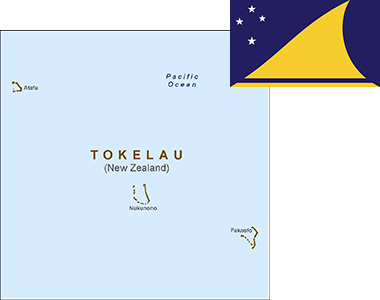