Thailand is a popular destination with its tropical climate, food, culture and beaches.

Thai is the official language of Thailand. But, other smaller languages spoken in rural areas. The primary religion of Thailand is Buddhism and is prevalent in many aspects of culture throughout Thailand. Islam is also practiced in Southern provinces.

Bangkok, Thailand’s capital city, is also the largest city in the country. Bangkok is highly populated with congested streets, modern buildings and temples. It is most known for its nightlife. 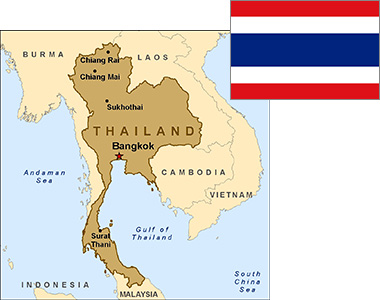