Saint-Pierre-et-Miquelon is a territorial collectivity of France made up of eight islands.

Saint Pierre’s population is small. The official language is French and the majority of the population practices Christianity.

The citizens of Saint-Pierre have French citizenship. A Prefect is also appointed by France to represent the territory. 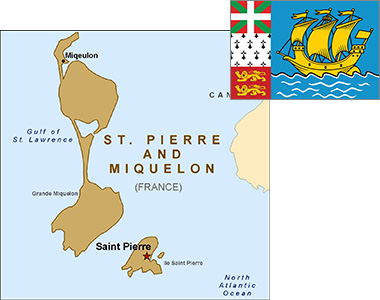