Historically, Somalia is a large commercial center due to its location on the Horn of Africa.

As a result of civil war, al-Shabaab, a militant group emerged in 2006 and pledged its allegiance to al-Qaeda in 2012. Due to this threat of terrorism and ongoing violence in Somalia, it is advised to not travel to the area.

The capital city of Somalia, Hargeisa, is the largest city of Somaliland. The city is a commercial center known for its rock art and construction. Somalia’s other major cities include Mogadishu, Bosaso, and Galkayo. 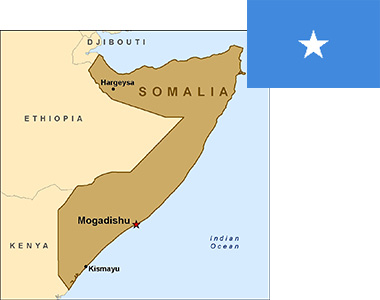