The populations is quite high for an overseas region, with over 865,000 people living in over 2,500 square kilometres. The population has a large diversity of ethnic origins, though there is a distinct culture. The official language of Réunion is French, but many people also speak Réunion Creole.

The largest cities on Réunion include the prefecture, Saint-Denis, along with Saint Paul, and Saint Pierre. 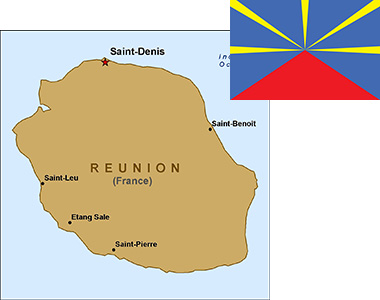