The Pitcairn Islands are some of the most remote islands in the entire world. They are a British Overseas Territory. There are four islands, with only one, Pitcairn, being inhabited.

There are only 147 people that live on Pitcairn Islands, with the national language being English and the native language of Pitkern. The official currency of the Pitcairn Islands is the New Zealand dollar. 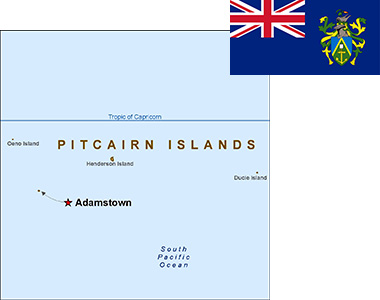