Niue is a self-governing state in association to New Zealand, located in the South Pacific. Niue is a small island that spans only 100 square miles.

Niue’s population is very small. This is a large decline from their population in previous decades where it has reached over 5,000.

The government of Niue practices sovereignty with New Zealand and is exercised by Niue’s Cabinet of Ministers along with an elected assembly.

The most widely spoken language is Niuean, which is a Polynesian language. But, 32% of the population also speak English.

The capital of Niue, as well as the largest city is Alofi. Other villages include Liku and Mutalau. 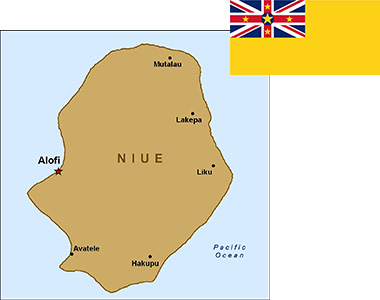