Known for its windmills, clogs, and talented artists, the Netherlands remains a tourist staple.

If you’re looking to be on the move, be sure to invest in a bicycle. It is the cheapest and quickest way to get around the Netherlands. The majority of Dutch citizens do not own an automobile.

Amsterdam has incredible architecture, gorgeous canals, and museums like that of Vincent van Gogh. The city is known as “The Venice of the North” due to the canals that traverse the city. It has one of the largest historic centers in Europe, with streets that have remained unchanged since the 1800s.

The country is also famous for its beautiful, flat countryside. The area is populated with windmills and tulips and other authentically Dutch things. Rent a bike, grab a Dutch phrasebook and plan a trip out into the tulip fields. 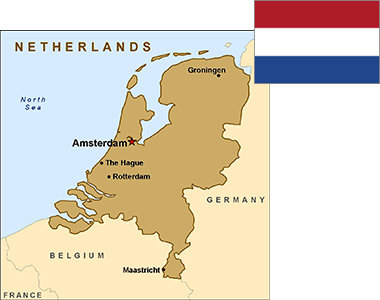