Monaco is a microstate in Western Europe along the French Riviera. It is bordered by France on three sides and the Mediterranean Sea on the remaining side. It is 0.78 sq mi large, making it the second smallest sovereign state in the world behind the Vatican.

The cities are beautiful, filled with concrete and glass buildings. Le Rocher, where the royal palace is situated, is different. It has the appearance of a small town, far away from the urbanization in the city. The country may be most famous for the Formula 1 Grand Prix. So, if you are visiting during May when the race is held, be sure to get tickets. 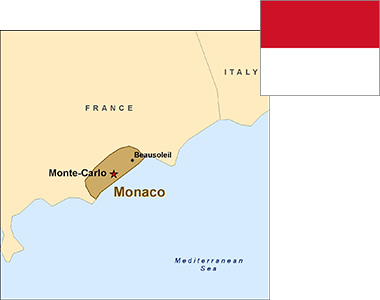