The island country of Mauritius includes six different islands in the Indian Ocean. The islands were colonized under several different countries including the Dutch, French and British. The country gained its independence in 1968.

English is the official language of Mauritius. But, the islands are multi-ethnic and multi-religious. The most widely-practiced religions are Hinduism and Christianity.

The capital city of Port Louis has a population of 140,000 and it is the largest city in Mauritius.

Mauritius is home to some of the rarest animal and plant species in the world. 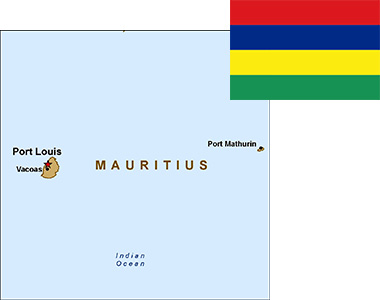