Mauritania is one of the least-densely populated countries in the world, with many of its citizens residing in a single city. The majority of the population is concentrated in the south due to the desert region in the north.

Human Rights issues are present in Mauritania, mostly slavery, in which 4% of the population is enslaved. Mauritania has also received international scrutiny for its justice system.

Mauritania has a variety of languages including French, Pulaar, Soninke, and different forms of Arabic. Nearly everyone in the country practices Islam. 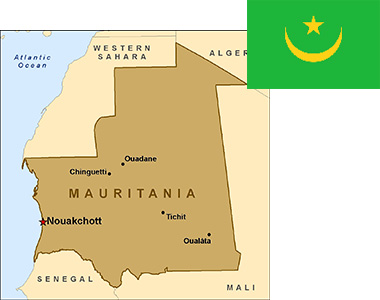