Mali is home to some of Africa’s most noteworthy landmarks, including the mosque of Djenne. The structure is made almost entirely of mud, appearing almost sandcastle-like. It has been praised by some architects as one of the greatest creations of its time.

Unfortunately, this country of marvels, was invaded by Islamist fighters in 2012. The Islamist’s seized a handful of towns, some of which were later recaptured by the French.

Then, in 2015, Islamists attacked a hotel in Mali’s capital, Bamako. Since the attack, Mali has seen ongoing acts of terrorism and medium to extreme criminal violence. 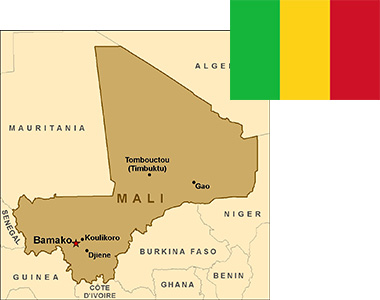