Cote d’Ivoire (also known as Ivory Coast) is a nation that has a prosperous history due to its production of cocoa. Despite its economic success, Ivory Coast has a history of political turmoil. There remains tension between different ethnic groups and political parties in the country.

The capital city of Cote d’Ivoire is Abidjan (though that is a recent change), the largest city in the country. Cote d’Ivoire’s other major cities include Bouake, Daloa, and Korhogo. 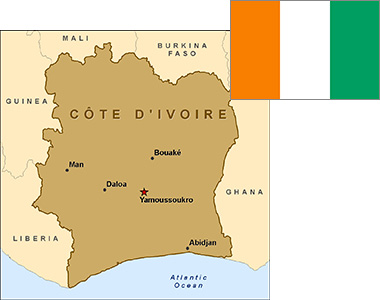