Guam is the largest and most populated of the Mariana Islands. Over a million visitors travel to Guam every year and enjoy the duty-free port.

The territory was claimed by Spain in 1565, but was not conquered until the late 17th century. Possession was transitioned to the U.S. after the Spanish-American War. 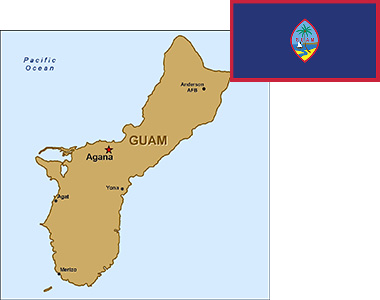