Gabon is one of the largest countries for transporting goods in the continent and thrives off of the oil industry.

Villages in Gabon are sparse. They are often surrounded by forest on all sides, as it is one of the most forested countries in Africa. These forests provide homes to hundreds of species of animals and plants, including a large population of gorillas.

The country is filled with various landmarks and sculptures including famous research centers and buildings.

French is the official language of Gabon and is used among all ethnic groups. The majority of the population of Gabon has Bantu origins and has over 40 tribes inhabiting the country. 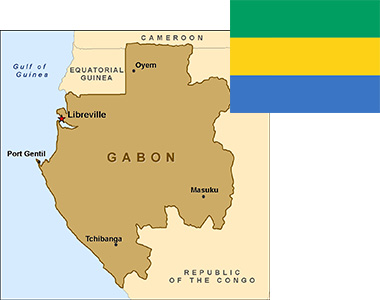