The Faroe Islands are an autonomous country under the Kingdom of Denmark. They are located about halfway from Norway and Iceland. They contain 18 main islands that span a total of 1,400 square metres.

The population is quite small, just over 50,000. About 12,000 of that population living in the capital city of Torshavn.

The main language of the Faroe Islands is Faroese, though Dutch is also spoken.

The largest cities and towns in the Faroe Islands are Torshavn, Klaksvík, and Runavik. 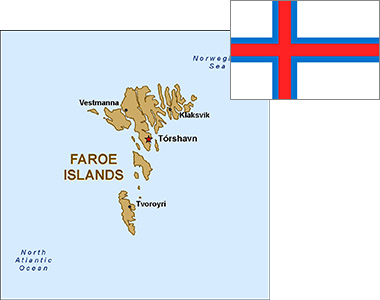