Located on the horn of Africa, Djibouti is one of busiest shipping sites in the world. Due its prime location and access to various regions, it holds the only permanent United States military base in Africa.

Although it is small in size, there are many different kinds of landscapes throughout the country including volcanos, desert, salt lakes, limestone, hot springs, and islands.

The official language of the country is French (mostly spoken by the upper class) and Arabic.

The capital city of Djibouti, Djibouti City, holds 70% of the entire country’s population. Djibouti’s other major cities include Ali Sabieh, Tadjourah, and Dikhil. 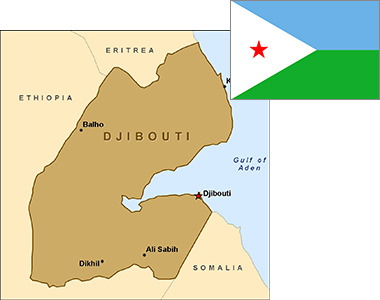