Christmas Island gets its name from Captain William Mynors who passed it on his ship on Christmas Day 1643.

Christmas Island has 411 recorded plant species with 18 of them being native. The territory also has 20 varieties of crabs and eight species or subspecies of sea birds. Birds like the Abbott’s Booby and the Christmas Island Frigatebird are endangered species which make their homes on the island. 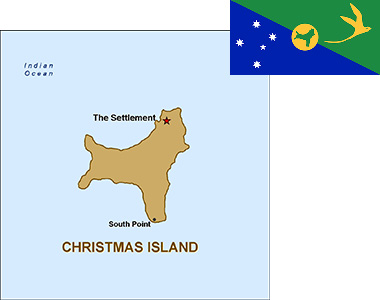