Cape Verde (also known as Cabo Verde) is a nation of 10 main islands off the coast of West Africa. Colonized by the Portuguese, Cape Verde became a commercial center for trade.

The country is home to three volcanoes, with one of them still being active. With its many geographical features, some of the best hiking in Africa can be found in Cape Verde. 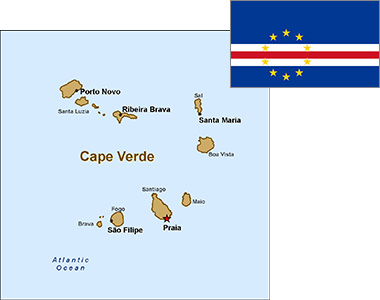