Bonaire is the island in the Caribbean Sea that is part of the ABC islands which also includes Aruba and Curacao.

Bonaire has been inhabited and controlled by many different countries in the past from Spain, Denmark or England. It is currently a special municipality under the Netherlands.

Dutch is the official language of Bonaire as it still remains part of the Netherlands. But, it is not the most widely spoken language on the island. The majority of the island speaks Papiamentu, a Creole language. 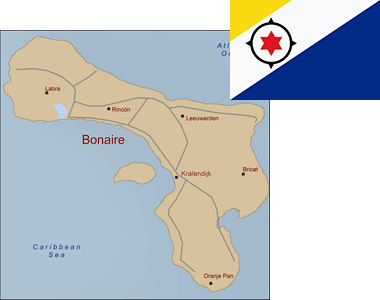